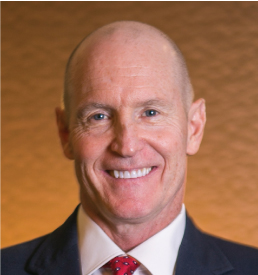 Dr. Meyer is very active in his community and is a member of the Board of Directors for the Boys & Girls Club of Greater Dubuque. He has also served as a coach in a youth basketball league for many years.

Dr. Meyer loves being an orthodontist and cherishes the relationships he has built with his patients and their families. He is inspired by creating beautiful and healthy smiles. Outside of his orthodontic interests, Dr. Meyer enjoys spending time with family and friends, staying active and physically fit and is a huge fan of the Iowa Hawkeyes. He particularly enjoys “lively debates” with the many Cyclone and Badger fans who come to the office. He and his wife, Lori, have three children: Anthony (AJ), Quinn and Dietrich. 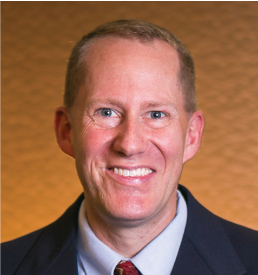 Dr. Chad Morarend is a native of Dubuque who attended Loras College after graduating from Dubuque Senior High School. He graduated from the University of Iowa College of Dentistry in 2000 with a Doctor of Dental Surgery (D.D.S.) degree. Over the next five years he practiced general dentistry in Dubuque, during which time he also served as a lieutenant in the United States Naval Reserve.

While collaborating on orthodontic cases with Dr. Meyer and Dr. Hemphill, Dr. Morarend became interested in orthodontics and was accepted into the Orthodontics Residency Program at the University of Iowa, where he received a master’s degree and specialty certificate. Shortly after graduation, his research thesis was published in the American Journal of Orthodontics and Dentofacial Orthopedics.

Dr. Morarend is very active in the community and has been involved in Boy Scouts for many years. He served several years as Cubmaster at Kennedy Elementary School and as Scoutmaster of Troop 51. He enjoys the annual high-adventure trips to the Boundary Waters Canoe Area Wilderness in northern Minnesota that he organizes for the Scouts and their families. He takes great pride in the fact that all four of his sons are Eagle Scouts.

Outside of the office, Dr. Morarend’s interests vary widely. He has been an avid woodworker for over 30 years but also enjoys welding, home-improvement projects and restoring antique tractors. He and his wife Kim have an extensive vegetable garden and grow as much of their food as they can. He is also an avid beekeeper and practices martial arts with his sons. Dr. Morarend and Kim have four sons: triplets Matthew, Luke and John, and Peter, who is three years younger. 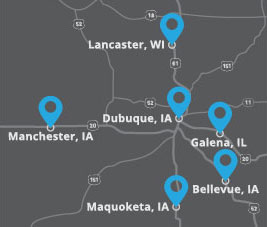 To request a free new patient consultation, complete the fields below. If you need to cancel or reschedule an existing appointment, please contact our main office directly.